Our plans for the next few months 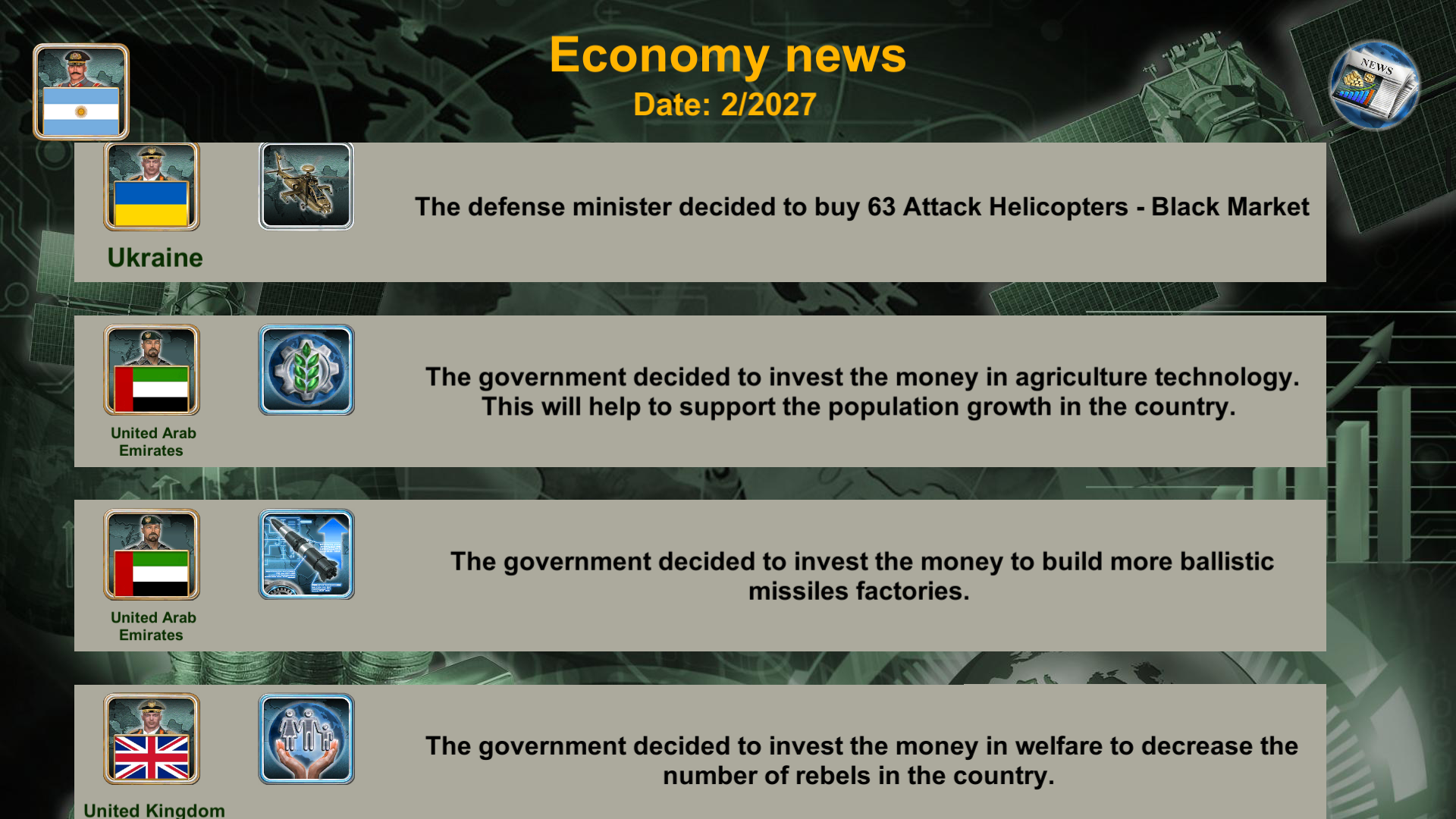 Dear players,
We want to update you on what we are working on in the next few months.

Step 1: Finish the open beta in Android and very soon we will release it to all.The update contains: map zoom, Improved game UI, speed and stability, New option in technology screen to research multiple levels, New option to connect tokens status to an email, Allow in the countries list the quick scroll and many more new options.

Step 2: Finish the first step of development of World Empire 2027 and we are working on all our other games: Europe, Asia, Latin America, Middle East and Africa to release it with new options that were added to World Empire. (This we started to work on)Soon we will release it to all platforms.

Step 3: When we will finish step 2 we will work on a very big update that includes new weapons and technologies to all games.Like Anti-Satellites weapons, Attack drones, New spy & war missions, New options to sandbox mode and new scenarios.

Step 4: Add online multiplayer to all games that will allow you to interact with players around the world.

We added a new update that will be up in the next few days in Android(Open beta) / PC / IOS.
* Added support to Brazilian Portuguese and improved Urdu language. (Thank you Felipe Mikeia & Shaikh Muhammad Adeel Kashmiri)
* Improve economy news UI and data. (More clean news and easy to read)
* Improved speed and stability.‎
* Updated many countries' armies, relations and economy based on real world data.
* Fixed reported issues and continued to improve Artificial intelligence.
Your support is important to us to continue developing.‎
Thank you,‎
iGindis Team

Lead your empire in turn based strategy war game.